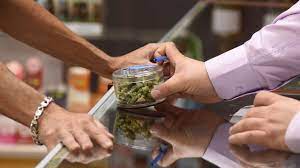 In states where Marijuana has been legalized, there has been an upsurge in its demand leading to the rise of marketplaces such as Seattle dispensaries where recreational Marijuana can be easily sourced. Studies have shown that Marijuana is the most commonly used illicit drug (where it has not been legalized yet) and adolescents and adults are most prone to be exposed to its use.

What is Marijuana, and why has it got so many people on a chokehold? First and foremost, the most obvious fact to point out is that it’s a plant that is known to have up to 120 active ingredients. Out of all these ingredients that it contains, the two most abundant and well-known are CBD and THC.

For starters, let’s look at CBD. It’s the second most prevalent component in Marijuana and it does not cause a high. When used in its purest form, there is no indication of dependence or abuse as evidenced in human beings. It’s safe to say that it does not cause any health problems. It is widely used in medical endeavors and has been lauded to improve the status of a number of medical conditions.

Based on the lifestyle choices that are most popular in this current century, the above listed are problems that are caused by said lifestyle and faced by the vast majority of individuals the world over. It makes complete sense why CBD would sweep the world on its feet the way it has as an alternative method of treatment.

CBD can be consumed in various forms and a few of those forms are oils, extracts, capsules, patches, vapes, as well as it is infused in topical creams.

Moving on to THC which so happens to be the dominant active ingredient in Marijuana and the one that brings about that high that Marijuana is famously known for. What THC does to the body is that it stimulates cells in the brain to release dopamine creating a feeling of ecstasy. How it accomplishes this is that we have Cannabinoid receptors that are found vastly in the areas of the brain that are majorly used for thinking, memories, pleasure, coordination as well as time perception. THC when consumed by a user, attaches itself to these Cannabinoid receptors and it activates them and goes ahead to alter the functionalities mentioned above. These effects are said to last for two hours in a person and depending on the potency of the THC the effects may start being felt as soon as 10 minutes after it has been ingested.

The part of the brain that THC affects explains to a very large extent why Marijuana is the most used drug. In a sense, it provides an alternative reality, an escape from real-life situations. It’s quite tempting when you really think of it, a way to just switch off from life and get back to it after two hours of pure bliss and nothingness.

Seeing that we have now acquired a basic understanding of Marijuana as more than just a plant but also as a drug and what components give it its power, we can now fully immerse ourselves into understanding the driving factors in its popularity as a recreational drug and what may be some of its effects in the communities of USA as a result of its legalization.

Facts about recreational Marijuana use

The state of Colorado made history in the year 2012 by being the first to legalize the recreational use of Marijuana for adults above the age of 21. Its

counterpart, medical Marijuana had been legal from the year 2000 and it’s clear that it took a journey of 12 years to finally allow recreational use. Since that milestone, Colorado has benefited from revenue generated from taxes derived from licensed businesses dealing in Marijuana. The authorities experienced a hike in revenue from $67million in 2014 to a jaw-dropping $387 million in 2020, and the additional income has since been channeled to fund a number of public amenities.

The CDC organization that aims to protect people from health threats indicates that 1 out of every 10 people that engage in recreational use of Marijuana is bound to become an addict and develop a Cannabis use disorder. The statistics become grimmer as the number increases and becomes 1 in every 6 people that started using it before attaining the age of 18.

Essentially in this instance, the use usually occurs in social settings where specified amounts of time are spent with a group sharing similar beliefs and are just spending time. The usage pattern is usually defined as irregular and occasional, the amounts ingested can be described as small. Ideally, there should be no compulsion to use it as it’s a personal choice on whether to indulge or not, but with the influence of social media and the pressure to conform and look cool, some people may feel coaxed to use it.

The characteristics described above detail what can be described as a normal recreational Marijuana user. That person does not feel the need to use it as a coping mechanism for anything at all. The thin line towards addiction happens when the user starts to feel that they need it to simulate certain functionalities. The unexpected addiction is a fact that many recreational users do not perceive as a possible reality. Absolutely no one pictures it being them that crosses that line from occasional use to dependency.

Its ability to help an individual alter certain realities means that it can have unpredictable unexpected results. If a person that you know who uses it recreationally has exponentially increased the amounts invested in the purchase of Marijuana, then it’s important to check in with them and ensure that they’re not tipping to the addiction side. If they have already sunk deep into it, just like people recovering from alcohol abuse, there are support group meetings that can greatly assist in the recovery process.

In Seattle Washington, the federal government has disallowed the purchase of marijuana using credit or debit cards. To overcome this impediment, there are vending machines that have been specifically created to avail this product easily to consumers. These machines take cash or coins and are known as Zazz. You might be wondering how this was considered as a viable market idea considering that vending machines that dispense beverages or even food are vandalized at an alarming rate. These machines have been built differently. They are fitted with high-tech features that have been designed to only allow individuals who have proper documentation to access the prized goods.

The organic food movement started in the 1940s as a direct response to another movement that had sought to increase food production through the introduction of high-yield varieties. This shows that the industry has had quite a run. Surprisingly, the Marijuana industry has been around for a lesser duration and has grown exponentially to an extent that experts are comparing its capacity to that of organic food. This evidences the impact that the legalization of Marijuana has had on the world because this growth spurt has been noticed since 2015 and this was the period when the first states had started to legalize its recreational use. The states that have legalized its recreational use currently stand at 17. When all 50 states make this move, the industry will probably be in the same league as that of diamonds or oil.

A survey on drug use has approximated that every single day, 6,000 people try out Marijuana for the first time in America alone. Having known that it’s the most common illegal drug used, the survey seems to be telling the truth. When compounding first-time users over time, it is estimated that 100 million Americans have used it at least once. Some may have continued its user while for some it may have been the very first and last time. Moving further along from an American view to a global view, the UN estimates that 158.8 million people equating to 3.8% of the world’s population use Marijuana.

It may be that the studies that have indicated Marijuana use as less harmful than partaking in either alcohol, cigarettes, or any other drugs, encourage more individuals to try it out. It’s common knowledge that the amount of Marijuana that one may need in order to overdose is a ridiculous quantity and it will need to be consumed within a very short time duration. All these facts make it so easy to prefer it over any other drug for a first-timer, it makes sense to do so.

Being a worldwide sensation means that for every region that you go to, there will be a different name that is used to refer to the same exact thing. marijuana is known by so many different names and this list right here will try and bring you up to speed to the most popular and common of its names. If you happen to hear somebody speak of reefer, pot, herb, ganja, grass, old man, Blanch, weed, sinsemilla, bhang, dagga, smoke, ash, tar, and oil, now you’re in the know on what exactly they’re talking about.

If you’ve been feeling that chocolate does something to you may be at a lower scale than marijuana, but definitely comparable, then you’ve been closer to the truth than you know. Chocolate contains a substance known as anandamide which is a lipid. What this lipid does is that it binds to the cannabinoid receptors present in CBD and it replicates the effects of the drug. If you’re thinking of starting to use marijuana and are skeptical of the quantity, then you can substitute a part of it with chocolate and you will achieve similar results. You will have effectively reduced the risk of ingesting a huge amount of marijuana and additionally, chocolate is cheaper. Your pockets will suffer less.

The first item sold over the internet

40 years ago, the first business transaction took place over the internet. The early form of the internet that was in place at this time was known as Arpanet. Using this platform, students from Stanford University purchased a bag of marijuana from students at MIT. Seems pretty neat that of all the possible items that could have been purchased that the lucky contender so happened to be marijuana.

Considering that marijuana is considered as a booster and an enhancer to good vibes, it’s no wonder that interesting facts about it embody its essence. Recreational marijuana has brought about both astounding positive effects as well as accompanying negative effects. The interesting facts highlighted here have been carefully selected to paint both the good and the bad of the legalization of recreational marijuana in America. As you’re visiting a dispensary near me in search of your next high, may these facts stay ingrained in your brain and allow you to choose the best course of action for yourself.

Shreyashi is a software engineer in the US. Along with her work schedule, she has managed to travel all the 50 States of the country and wants to pen down her experiences, journeys, and joys through her write-ups and share them with the world. You can find more details on https://www.travelthefoodforthesoul.com/about-me/