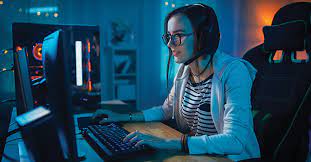 We’ve all experienced the stress of having to carry a bunch of unreliable teammates. I know I have. The feeling of being the only one who could lead the team to victory. I once had not one, not two, but three teammates being lousy in a ranked game of Mobile Legends. One went AFK, one was feeding, and the other was going solo on top, not helping in clashes. Only one teammate and I were doing decently. The frustration was enough to make me want to chuck my phone from my bedroom all the way to the kitchen.

Which is what casual games are made for. They are games to help you relax and forget about your 15 loss streak in ranked games. You could play these games while you work, waiting for your files to upload in your online class, or maybe just to pass the time. You don’t have to take them seriously since most of them don’t have ranks or leaderboards. However, casual games could get lonely too. That’s why there are tons of casual games out there that have multiplayer. One of the types of gamers you could also play with are Egirls and you could find them all over Gank.

One of the biggest games out there and also one of the best casual games you could play with an Egirl. There are so many things you could do in this game with them. I once played with one and went to Creative mode and we built a bunch of magnificent looking structures, ranging from simple starter house designs to an entire village and populating it with Villagers.

We also tried out our luck on Survival mode. We gathered resources together while talking about each other and how our days went. The tension of going into caves all alone was gone and didn’t feel creepy anymore since I had someone watching my back. All the enemies we’d encounter would fall prey to our barrage of arrows and sword strikes. What seemed like so many in-game days of building our empire felt like minutes because time flew by so much faster.

I also had someone to go to different servers with me and compete with. There’s so many servers out there with lots of different mini games.

One of the most wholesome games on the market today. Stardew Valley is about building up the farm your grandfather left you. It features 28 days each season with different crops you could grow each season. One of the best parts of this game is you could invite your friends into your farm or even start a new one with them.

My farm progressed so fast because I wasn’t the only one who was harvesting the crops. It was so much easier to earn money since I could plant more than I would have if I were alone which means I could sell more. The cave monsters also seem less intimidating since you’ve got someone to help me deal with them. I easily got to floor 100 of the mines thanks to their help.

There’s nothing like starting with an empty island and slowly building it up. One of the best parts about that game is you could visit other people’s islands as well. You could explore their islands and see how much it differs from yours. You could go fishing together, interact with the NPCs, catch exotic animals, and so many more.

If you’re looking to have some relaxing fun with an Egirl, there’s no better place to go than Gank. You’ll surely find the perfect companion for you.