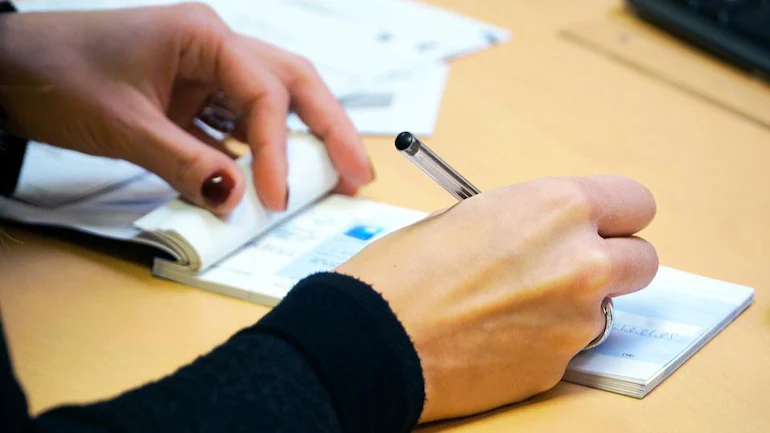 The practical importance of the check is almost negligible today. In the interest of a certain basic treatment, a brief overview should nevertheless be devoted to it.

Purely based on the components, you could write a check on the famous serviette in the restaurant, but you have to consider something important: that your bank pays your checks is not regulated in the check law! In order for your bank to cash your checks, a check contract between you and your bank is necessary.

The check contract is an agency agreement and, like so many other things, is regulated by special conditions. And in the conditions for check transactions it is stated directly in Section 1: Only check forms approved by the bank concerned may be used for check transactions. As a result, banks will usually not cash serviette checks, but in some cases this formulation is understood as a mere indication and no longer as an exclusion criterion.

Incidentally, check blocks do not apply after the submission deadline, as stated in the law. After the banks have observed check blocks, even during the submission period, if they were received in good time, the case law derived the right of the blocking party to be able to expect the same in the future. Since the new regulation of the conditions on checks online, check blocks at banks are also unlimited and no longer only 6 months as in the past.

By the way, checks may not be confirmed by credit institutions! This is to prevent checks from becoming “substitute money” instead of means of payment. Only the bank has the right to confirm checks and thus guarantee their payment. Such checks are needed, for example, in court if you take part in an auction (and do not take cash with you).

Confirmed bank checks is available from your bank for a fee. The bank then draws a check on its own bank account and has the bank affix the auditor’s report. Of course, the bank has previously debited or blocked the money from your account, which it undertakes to pay with the bank check from its own credit.

This check can then be cashed at the confirming bank branch or main branch; at other branches it can only be submitted for credit. The confirmation is only valid for 8 days, after which the check is treated like an unconfirmed check, so that these do not float forever in the economic cycle as “replacement money”. After 15 days (from the date of issue), the check amount will be credited back to the issuer if the check has not appeared by then.