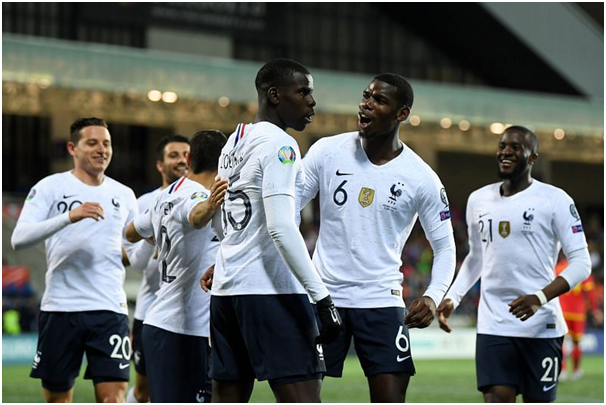 Over the past year, the entire globe has been affected in one way or another by the global pandemic caused by Covid-19. Everyone person, family, business and/or industry has witnessed changes as we ride our way through the pandemic and the sports industry has been no different. The Euros were postponed last year meaning that they are now being played this year, much to the happiness of football fans, but which nation are looking most likely to go on and win the entire tournament.

Heavy favourites from the beginning of the tournament France continue to be top of the pile when it comes to the bookies, and they are currently priced at around 7/2. France quite clearly has one of the best squads in the tournament, as they ooze quality, power, pace and grit and determination from top to bottom. France are always the team to start a tournament slowly, but will build slowly into the tournament and we believe that not many people should be betting against them this summer.

One of the surprise packages of the tournament so far, and a team that has seen their odds halved since playing their three group games is Italy who have become seriously impressive during this period and looked virtually unstoppable, conceding no goals, and scoring more than anyone else in the tournament. Italy are currently priced at 6/1 for the tournament, and are looking extremely good price if you are looking to turn a quick profit on the Euros this summer – Italy would be our pick.

And finally, another team that has potentially been overlooked pre-tournament is that of Germany, who were written off from the start by many pundits. There were a number of reasons for this, including the fact that they were in the “Group of Death” with France and Portugal, but with a win over Hungary this week they could end up topping it. Germany are a totally different look from what they used to be in previous year, with many looking at this youthful and dynamic squad as the future of Germany football and if they can lead their nation to victory this summer, it will be a highly impressive win.