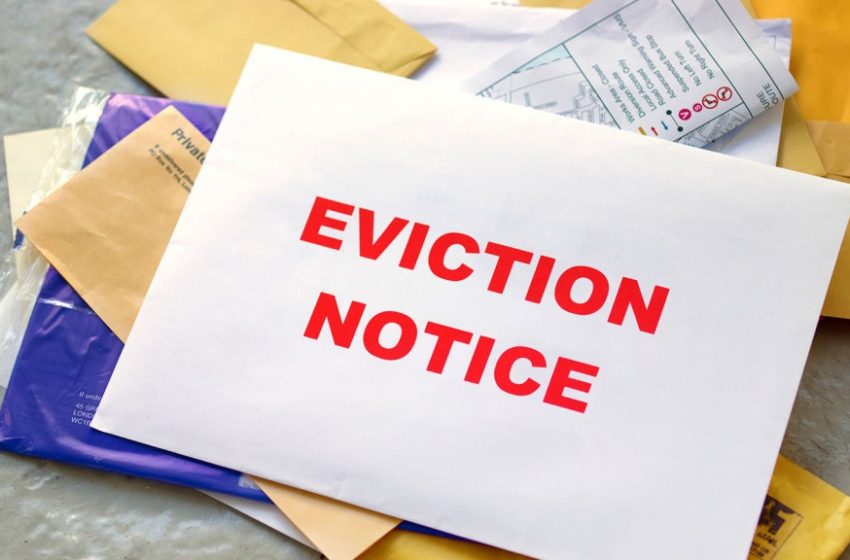 Eviction is the process where a tenant is legally removed from a rental house or property by the owner either the landlord or landlady or the removal of people from a property secured by a mortgage. The eviction process depends on the laws and procedures governing the specific region or country. Both the owner and the tenant have their rights which should not be violated in any way or either party. The following steps describe the eviction process;

Eviction is a tough process and should not be rush into as it requires the landlord to win the lawsuit despite the fact that they own the property. Some reasons that might lead to eviction include; failing to pay rent or repeatedly paying late after several warnings, the tenant violating the agreement made before moving into the apartments, constantly causing disruptions to other tenants, using the property for illegal and unruly purposes and the damage of the rental property excessively by the tenant. Since eviction might be a tricky process, some companies have specialized in evicting tenants who don’t play by the rules and agreements to make it easier for landlords. Such companies include the express eviction a company located in California, the Legal for Landlords, the Landlord Action and many more. These companies help landlords handle tenants by following through and working with both parties to come up with a solution that favors both sides.  Eviction companies help both the tenant and the landlord understand the whole process of eviction and monitor the whole eviction process to make sure every party maintains their cool and that the process is neat, smooth and clean to avoid the canceling of the lawsuit.

Some of the functions of eviction companies include; Seeing to it that the eviction process completes successfully without breaking any laws or agreements, making sure that both party’s right are observed throughout the process, helping out landlords in handling bad tenants and troublemakers, they also help in securing contracts, also in the negotiation of the terms of the contract signed before a tenant moves in and before they move out of the premises.