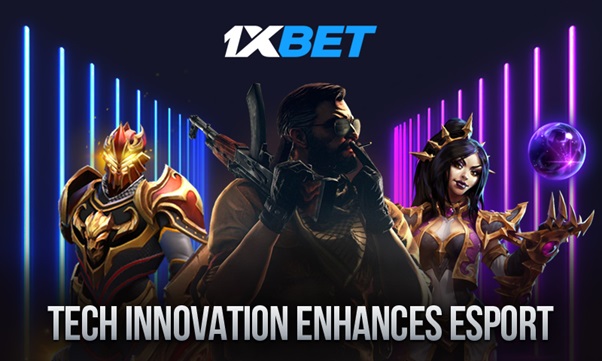 As esports takes the world by storm as it has, being one of the fastest growing industries in the world, technology and other such innovations are scurrying to develop as quickly to support and enhance the enjoyment of esports.

Virtual reality has become a way of living in the 21st century.  As technology evolves more and more people are immersed in the evolution of communication and the way of enjoying sports and betting.  Esports has seen massive growth and is making massive steps forward in the virtual world especially those involving shooters.

Some games such as Half-Life: Alyx, can only be played via virtual reality.  Big brand esports titles Battlefield and Quake are moving in a virtual reality direction and already make some use of the technology! It seems that it is not too far away from the biggest title of all, CS:GO also moves into the space of virtual reality.

Esports is a perfect coupling with virtual reality as players, and watchers, of this online sport are passionate about the discipline and the ‘real-world’ feel.  Virtual reality enhances the real life enjoyment

Reality and Virtual are Starting To Merge

What seemed impossible 10 years ago, is now quickly becoming a reality.  Players are able to live a previously unimaginable glamorous life. One minute they can be at a

Travis Scott’s concert in Fortnite, then the next minute emerged in the joy of an American Football band and have a graduation party in Minecraft.  The possibilities are unending when it comes to the virtual world of esports.

Gamification does not look set to end anytime soon. Using virtual reality game mode players are able to do anything their hearts desire. Run, play outdoors, go to the gym, work and make money.

Esports has become a lucrative business especially for online channels such as YouTube and Twitch.  These companies rake in millions from ad revenue as viewers watch many live events from professional tournaments around the clock, from around the globe.

The Twitch saw its most profitable month ever in March 2020. Over a month, users watched more than 1.1 billion hours of content – a record for a platform that is only 9 years old.

Considering the explosive growth of the industry, it is not only just social channels that are taking note and getting involved. Sports betting sites have also woken to the incredible opportunities of esports and virtual reality technology.

One of the leading betting brands in the world, 1xBet, have for example partnered with NAVI, a successful and well known esports team.

This way even ordinary esports lovers can take part in the fun and adventure. 1xBet accepts bets on leading esports disciplines – Dota 2, CS: GO, League of Legends, FIFA and many others.

Register with 1xBet and have the time of your life with esports while also enjoying a wide line and great odds for online games.