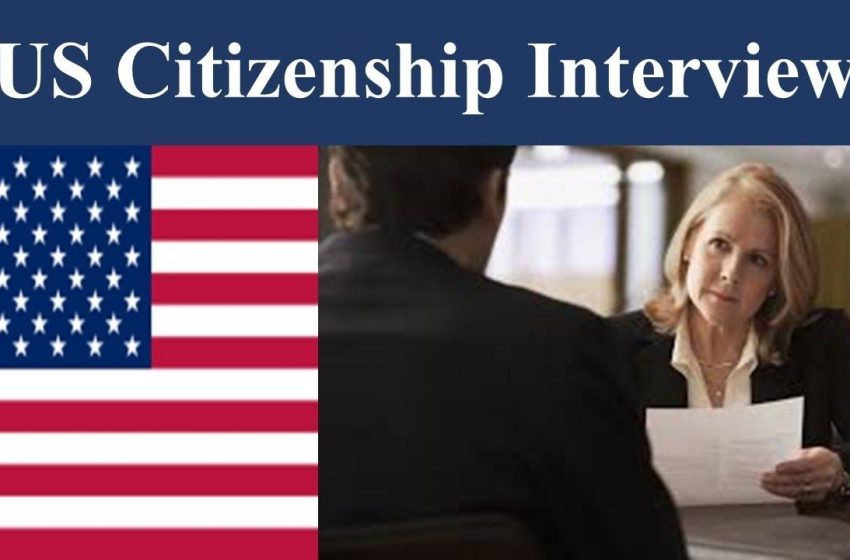 Getting citizenship in the US requires you to go through a process and this process involves 6 steps. In the first step, you have to go apply for citizenship and submit the application form. After that, you will be called for the biometric process when you have to give your fingerprints, photo, and signature. Once the biometric process is over you will have to qualify a test which is generally called a naturalization interview. It is mandatory to attend the interview and qualify for the exam if you want to get citizenship in the United States. After qualifying the interview you have to take an oath of allegiance and then you will be given US citizenship.

When you will apply for citizenship in the US you will be called for the interview by the United States Citizenship and Immigration Services (USCIS). The officers of USCIS will ask you several questions about the application and will check your background. Apart from that, you will also have to go through the English and Civics tests. If you cannot pass on these tests you will not be qualified for citizenship and will not get the green card.

In the English test, there are three components and they are reading, writing, and speaking. In the reading test, you need to read at least 3 sentences which will demonstrate your ability to read English. The content that you have to read for testing your English is mainly focused on the topic of civics and history. In the written test you have to write out three sentences in English. The content that the candidate will write is also based on Civics and the history of the United States. With the writing test, the authority of USCIS determines your ability to write in English. With the speaking test, the authority of USCIS will determine your ability to speak in English. For getting the citizenship of the US you have to qualify for all these components. In the Civic test, you will be asked about the history of the United States and the US government.   Apart from that, in the Civics test, the candidates will be given 100 questions on the naturalization test. At the time of the naturalization interview, you will be given 10 questions on Civics and you have to answer at least 6 questions correctly out of 10 questions for passing the civics test.

USCIS will allow you two times to sit on the USA citizenship interview and within two times you have to pass the test. In case you fail in any portion of the test then you will be asked to repeat the test within 60 to 90 days from the date of the initial interview.